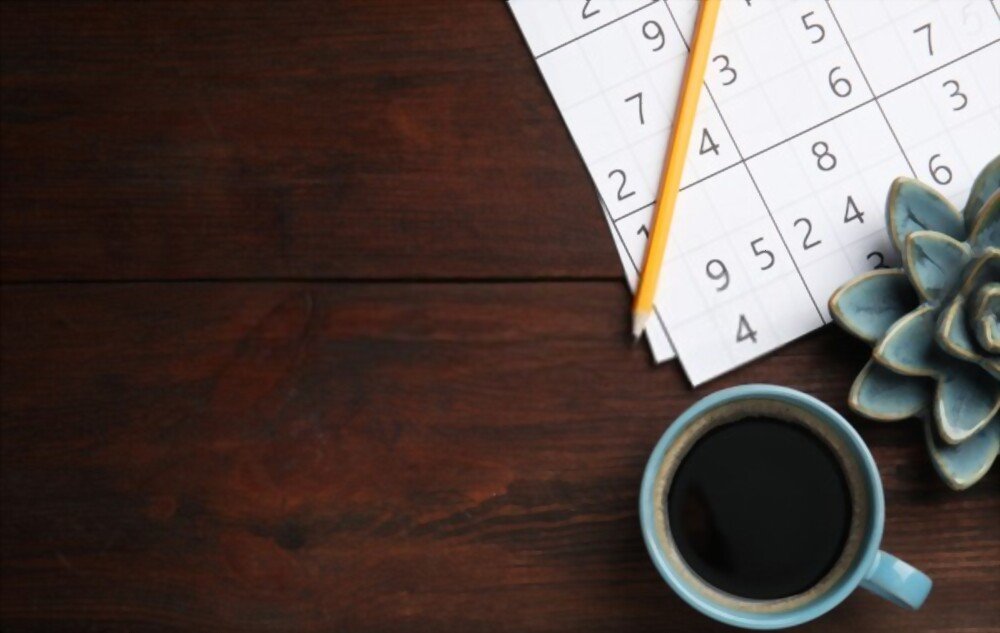 X-Wing Sudoku might be one of the most interesting and challenging techniques for solving Sudoku puzzles out there, and if you want to learn how to solve an x wing pattern sudoku you’ve come to the right place!

The puzzle can be rather difficult at first, but with practice and some solid logic skills, you’ll be solving them like a pro in no time! Below are some step-by-step instructions on how to solve x-wing sudoku puzzles.

Because X Wing is a much more advanced sudoku method, the result is not always a search for the original value of a cell.

What is more likely is that you will be able to remove numbers from adjacent cells, allowing you to use other techniques to locate final numbers.

When two rows or columns contain the same number only twice and in the same location, X Wings appear.

It is so named because the four cells form an X.

When you locate one, you know that the digit must appear in at least two of the four cells.

It is located on both sides of the diagonal.

It is irrelevant if you have not yet decided on a diagonal.

Knowing that it is either one or the other eliminates the possibility of that candidate being a sibling.

Sudoku Tricks: The X-Wing And How To Spot It

There are many ways of solving sudoku puzzles, but x-wing sudoku may seem a little less straightforward than other approaches.

An x-wing sudoku puzzle starts with a grid of nine cells and must end up with a solved grid, where all three rows and columns have unique sums between 1 and 9.

Each cell in an x-wing sudoku puzzle has two numbers in it, which represent possible places for those values within each row and column.

Consider that each of these rows must contain a 4, correct?

Additionally, we know that the 4s cannot be stacked on top of one another because two 4s would be in the same column.

As a result, either the light blue or dark blue cells are 4s.

After establishing that, let’s zoom out completely and focus exclusively on the columns in question (indicated with arrows below).

According to what we said previously, the 4s in these columns must exist at the intersection of these two rows – that is, where the blue 4s are.

To use the x wing sudoku puzzle-solving technique, the player must identify two rows or columns in which only two cells in each row or column contain a single digit.

When these cells are connected, they must be aligned in a square or rectangle by column and row.

This technique’s fundamental principle is straightforward.

This term refers to the pairs formed by cells that are diagonally opposite one another.

When applied to rows, the Sudoku X-Wing technique demonstrates that the given digit cannot be a candidate for any cell in the columns connected to the base cells.

Likewise, when columns are used with X-Wing patterns, the digit cannot be a candidate in the rows connected to the base pattern.

The player will see a lot of incomplete Sudoku X-Wing patterns in the puzzle.

In that row or column, the digit could fit into more than one cell.

If the two-by-two requirement of the X-Wing pattern is not met, one rectangle/vertices square may be missing.

When the player only has one group of extra digits, the player has a Finned X-Wing pattern. The fins will act as extra places for the digit in this case.

In the next step, the player must choose one of two things:

In this case, one of the fins is correct. I can then remove these candidates from the race.

When the fins aren’t used, the X-Wing pattern is used instead of the fins. So, which candidates can I get rid of?

Candidates who can’t answer both questions should be safe to throw out.

The Sashimi pattern looks a lot like the X-Wing pattern that is found in traditional Sudoku.

In addition, the player finds one digit in two rows/columns that only has two possible answers.

It’s just that one of the cells isn’t connected to another cell by a row or column.

These cells connect, which makes a crooked rectangle or square.

After that, the player should check each pair of digits on the grid that is diagonally opposite one another.

This is how Sudoku X-Wing works. Those who don’t pass both tests might be out of the competition.

When the player looks at this grid, he notices that there are only two ways to get the number 3.

While the yellow cells look like they form an X-Wing pattern, the orange cell doesn’t line up with the rest of the rows. This makes it impossible to make a perfect rectangle.

There are only two ways to solve number three in each column, which means that the basic X-Wing principle stays the same. It looks like a traditional X-Wing because of the connection between the two bottom cells. There are two ways to solve the pattern.

How do you solve this problem with an X Wing?

It’s one thing to know that an X Wing happens when the same pencil mark shows up in the same place in two rows or columns. It’s very different to understand how this helps solve a Sudoku puzzle.

Consider columns 7 and 8 in the example above to see how X Wings work (the two columns where the X Wing is formed).

According to the rules of Sudoku x-wing, each of these columns can only have one 5.

The pencil marks also tell us that the 5s in rows 3 and 7 (where the X Wing is formed) must be only 5s.

Columns seven and eight would have to be filled with fives if you did this for the sake of argument. There would be no space for fives in rows three and seven, though.

There are still five pencil marks in columns 7 and 8, but they’re gone now (the upper right box). This shows where the number 5 is in the box 6. (the rightmost box in the center).

Keep these helpful hints and suggestions in mind.

How to solve the puzzles By easy X- wing

There are a few techniques that one can use to solve easy puzzles.

How to solve the medium X-wing puzzles

Medium-hard puzzles are just hard enough that they can’t be solved by simply guessing the right answer. They require a bit of thought, but not so much that you get stuck on them for hours.

There are a few techniques you can use to solve medium-hard puzzles by using X-wing Technique more easily.

How to solve the hard X-wing puzzles

There is no one-size-fits-all answer to this question. However, there are a few things that you can do to increase your chances of solving the hard puzzle.

The 4×4 grid can be solved by using the x wing sudoku solving technique.

A good way to solve the 4×4 grid is to use the x wing sudoku solving technique. This involves identifying a number that appears twice in the same row or column and then using that number to determine other possibilities for the grid.

This article discussed that interestingly, x- wing can also be applied to sudoku.

This requires a bit more work and can be a little more difficult to spot, but the results can be very satisfying.

We would love to hear about your experience.

This article discussed how to solve a sudoku puzzle by using the x wings technique.

By understanding the basic principles of x wings, you can quickly and easily solve difficult Sudoku puzzles.