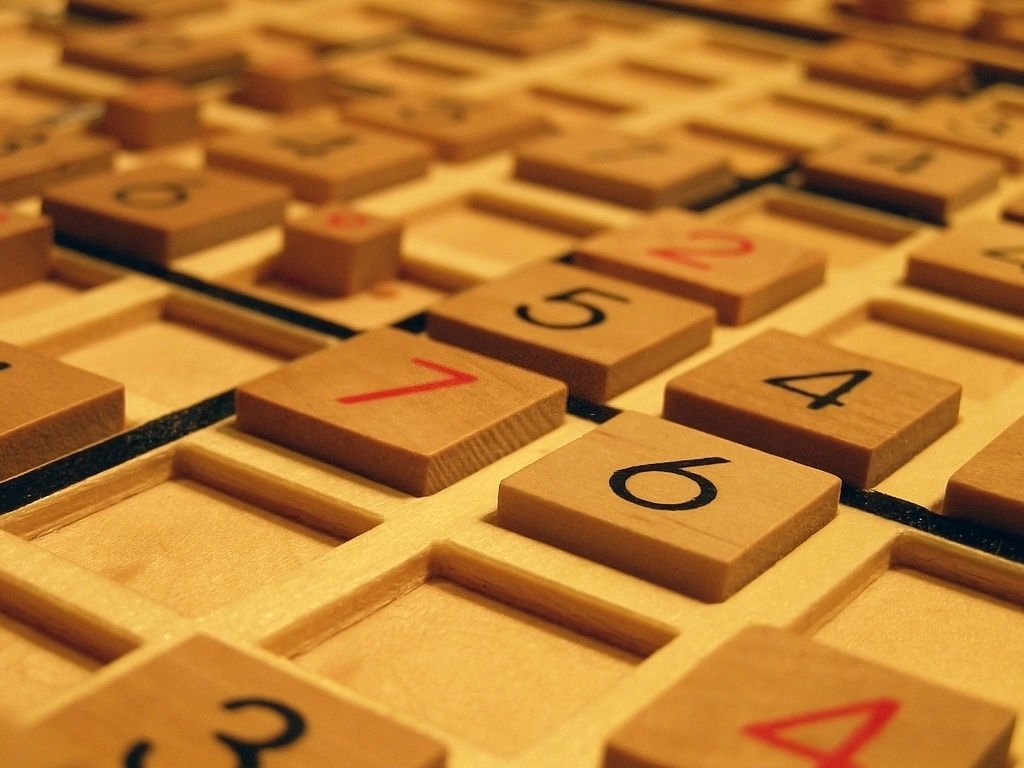 Those who say that Sudoku requires no math are actually saying that no arithmetic is needed. No special meaning is attached to the fact that the placeholders used are digits 1 to 9. It would be just as easy to solve and create the puzzle with any nine symbols. Mathematical reasoning, in fact, in the form of the logical deduction is greatly beneficial when solving Sudoku problems.

As a first step in resolving a Sudoku puzzle, jot down in each empty cell any possible entry in that cell that won’t negatively impact the One Rule. A cell that only has one possible entry should be filled in.

Alternatively, you can choose a row, column, or block based on the number. List all the cells in the row, column, or block in which you can place the number without breaking the One Rule. If the digit is only available in one cell in the neighborhood, make sure to fill in that cell. By doing this, you can eliminate the selected number from being an option for any other cell in the neighborhood.

It is not always possible to completely fill in a Sudoku grid using these two strategies alone. Making progress often requires more complicated analysis methods, and sometimes a guess needs to be made, followed by backtracking in case the guess is wrong. An even more complex strategy is to view pairs or triples of cells within a row, column, or block. There may be only two options for entries for a pair of cells, but you don’t know which goes in which cell. It’s still worthwhile to note, however, that those two numbers don’t appear anywhere else in the neighborhood. In addition to decreasing the number of options for the neighboring cells, in this way, you can also get closer to an answer. Likewise, if an adjacent triple of cells has only three possibilities between them, then those possibilities will be eliminated in all neighboring cells.

Select one of the boxes with the fewest options if no entries are forced. Utilize the above strategies, along with any others you come across, to continue playing. Whenever you encounter a contradiction (a repeated number in a row, column, or block), retrace your steps. Undo what you did until there is no contradiction.

To practice your Sudoku skills with these strategies, please solve the following puzzle: 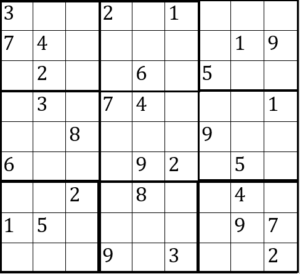 You can find a plethora of puzzles on the internet, which range in difficulty levels.

Check out the puzzle book below for more practice!