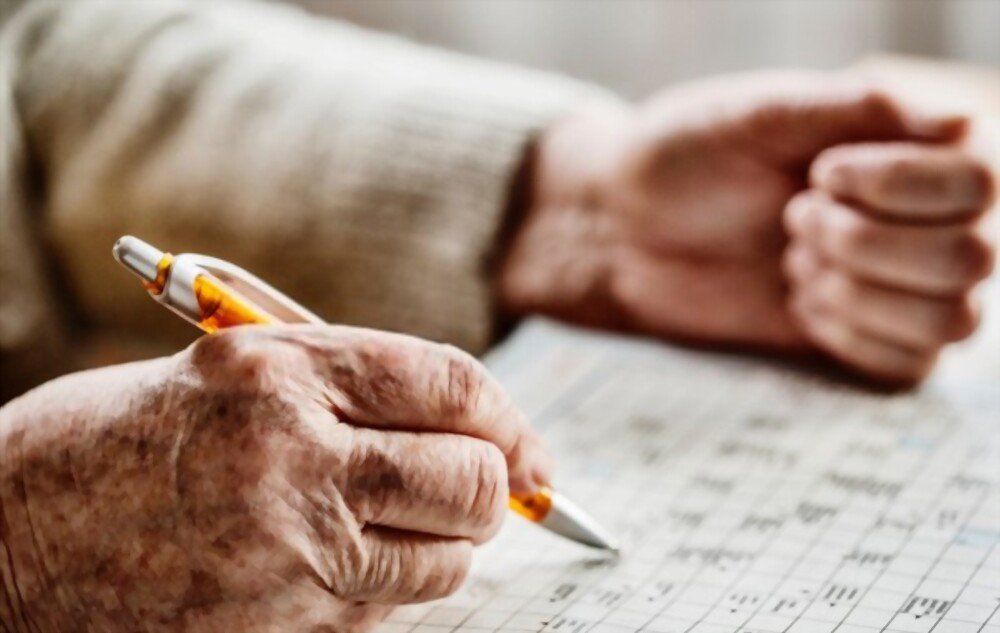 Bowmans Bingo is an extremely complex problem-solving strategy that evaluates the consequences for a move to identify a contradiction.

This is the final of the “last resort” techniques, commonly known as Trial and Error. Doug Bowman inspired the name. MadOverlord developed an algorithm for the method appropriate for use by human solvers. He called the approach “Bowman Bingo” since it includes bingo chips.

One assumes that a certain candidate is the solution for a particular Cell and examines the ramifications. If this results in an error, then the original assumption is false, and the linked candidate may be deleted from that Cell. The player then continues solving the challenge, and if this results in a contradiction, the assumption is incorrect, and the selected candidate may be dismissed.

You may accomplish this using pieces of paper on a wide grid and chips, but all must be labelled with the digits 1 to 9, and the sides must be differentiated between up and down.

All candidates should be marked on your grid – here is where you’ve been stuck. 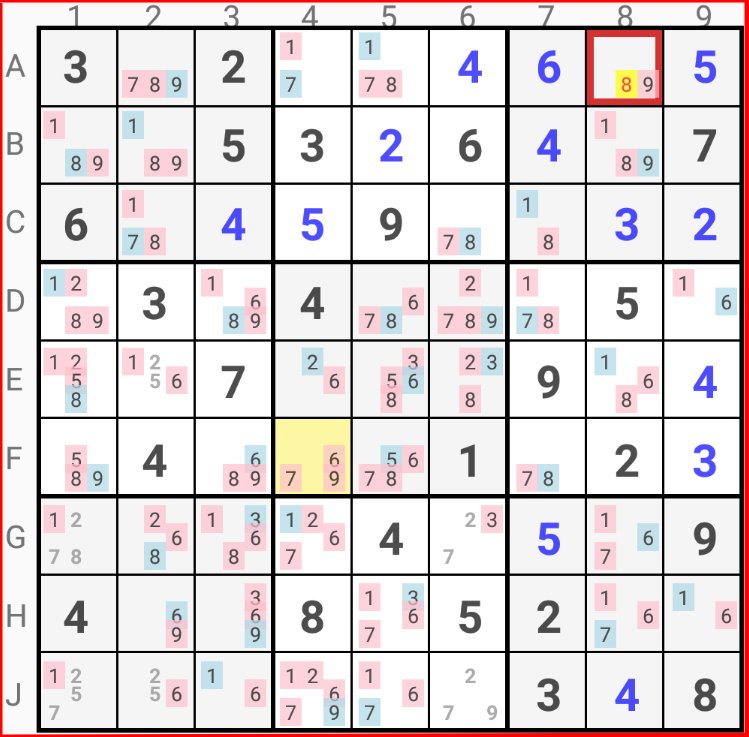 For example, the first assumption leads to the exclusion of all candidates in a single Cell or of one candidate from an area (Row, Column, or Square).

This wasn’t very pleasant. I always considered Sudoku as a game of strategy rather than trial-and-error.

This entire series has been about coming up with methods to solve Sudoku problems and then constantly enforcing those techniques using Blaze Advisor’s strong tuned inference engine.

Although human solvers may use the approach, it is very sluggish and depends heavily on the chance to spot a contradiction. The phrase Bingo is extremely nicely picked. 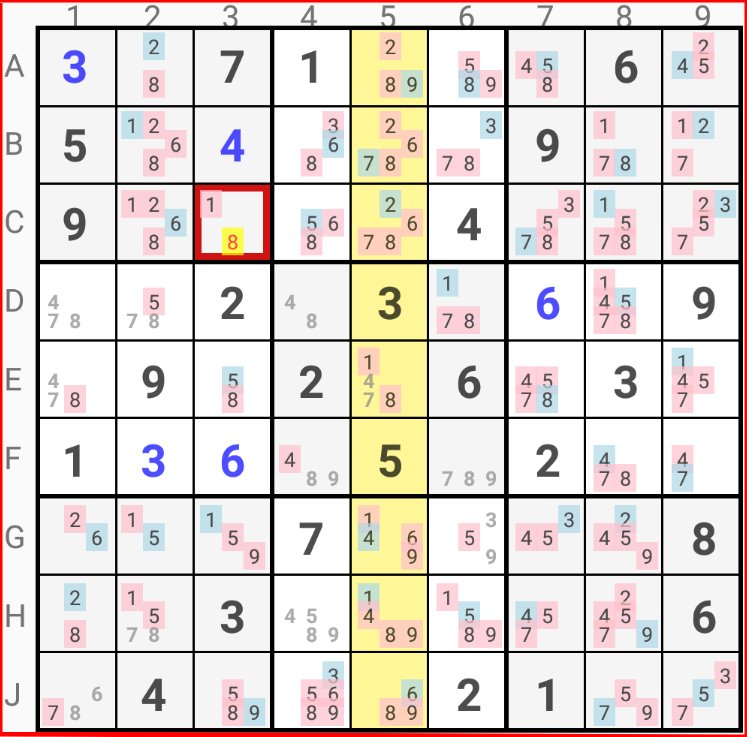 How does it work?

The approach employs a marking system to capture or record the consequences. Using a computer application that permits the coloring of candidates & these colors may be used as markers. For manual solution, the player might utilize a set of transparent chips numbered 1 through 9 inserted in the cells.

Step 1: Choose a candidate to be tested.

The player initially picks an initial candidate. There is no definite method to make the proper decision. Although, picking a candidate in a bivalve cell or bilocal unit offers a 50 percent probability of discovering a Bingo. Choosing a candidate with many surviving peers may also be beneficial since it is more likely to produce some outcomes.
The selected candidate is labeled as Forced. We’ve entered a Bowman cycle.

Step 2: Choose a candidate who has the label: Forced.

If you enter this phase in the first cycle, there is only one such candidate. Otherwise, there may be none, one or many. When there are none, delete all marks and return to step 1, pick one of the Forced candidates.

If there is just one marker present in the grid, mark the chosen candidate as Initial; otherwise, name it as Enforced.

Step 4: Consequences of the Selected Candidate

When just a single available candidate remains in a cell, mark it as Forced. The first version of Bowman Bingo did not examine the homes, but it is also possible to designate a candidate as Forced if it is the final available choice for that digit in its row, column, or box. 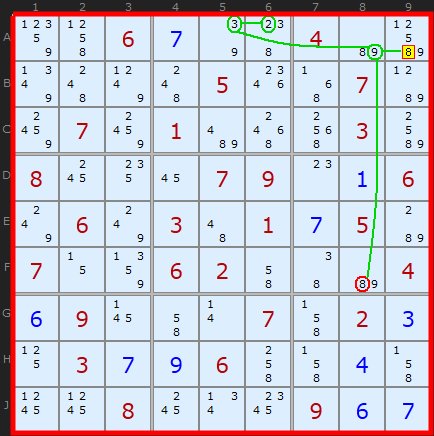 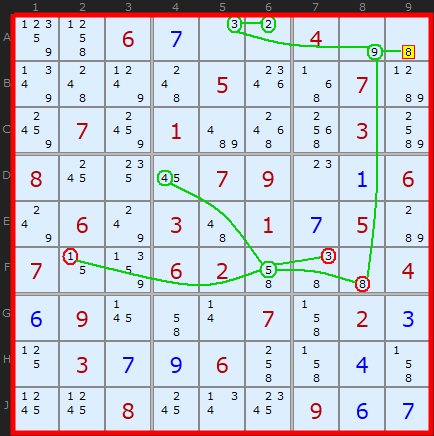 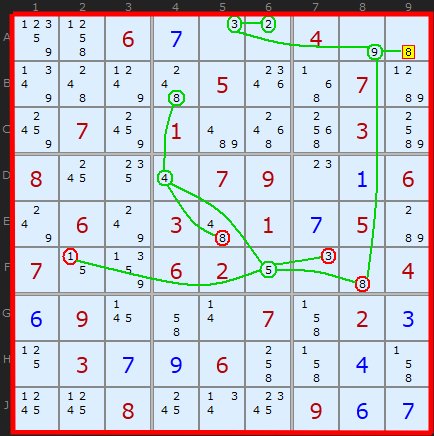 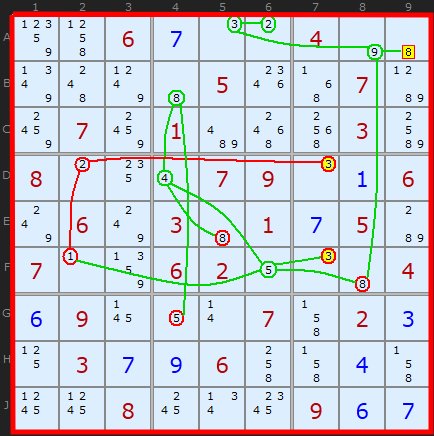 I presume the strategy, as first demonstrated, is a little methodological since we have only drawn a forcing net.

It is a real bi-furcation approach. However, it is offered here as one approach of looking for eliminations when all other methods have failed.